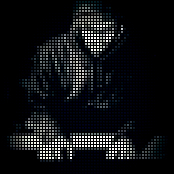 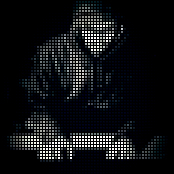 How to gracefully close down an instance

After much deliberation, I have come to the conclusion that I am not able to manage my friendica instance any more. I'd like to give my users a sufficient grace period to move their accounts (if desired) before I shut things down. But I don't really have a plan for how to do this, and what the impact might be.

Can anyone point me to a resource (if one exists) or provide a few guidelines about how best to manage this process?

Many thanks, to all.

1 year ago from Fediverse
Hello @Steve Dowe, maybe you could hand over the instance?

Is there any problems besides time, money and similar to not continue to run the instance? Would you be willing to hand it over to someone?
@Steve Dowe

1 year ago from Fediverse
@Steve Dowe handing over would require to inform the users, handover domain and a full backup.

How many users are there?
@Steve Dowe

Thanks for your replies and my apologies for the length of time it has taken me to respond. As you may have guessed, time is the biggest factor here. I'm mostly concerned with not having time to manage this instance, take care of maintenance tasks and so on.

My preference would be to migrate this instance and have it taken care of by the new admin. But, if it were to be shut down, I would also be fine with a bit of help making that happen... ;)

There are 106 users on the site at present, but most are not regular users. The overall impact wouldn't be great to the wider community, but in the interests of helping federated social networking I would be in favour of providing the smoothest possible transition. The length of time to decommission or migrate this site isn't a major concern to me. I would even be willing to pay for a couple of years of domain registration to keep things going, but given the small userbase I'm not sure that's of great value. The domain name friendica.me is not the least expensive around.

I guess I am convincing myself that the best course of action would be to inform users that the site will be closing, and suggesting they migrate their accounts to a new instance. I'll do the same with my own, eventually.

Apart from signalling this to users, it would probably be courteous to agree with a sysadmin of the destination node that they're ok with me suggesting their node... any suggestions / takers?

I just worte I will reply. I don't want to takeover the server, as I already have to many virtual servers with too many services.

But generally taking over a running and established server instead of a new one is surely not a bad idea.
@Steve Dowe

12 months ago
I think I can takeover the whole domain and users if you want to.

.. Do we have a checklist what I would need to takeover the data?

12 months ago from Fediverse
@Philipp Holzer @Steve Dowe also if possible, if the server only hosts that Friendica, I suggest to get access for the transfer to transfer directly from old to new server, you can directly dump from mysql to mysql via ssh. Great time safer.
@Steve Dowe @Philipp Holzer

12 months ago
@Philipp Holzer - thank you, that would be great. Am I right that opensocial.at is hosted by Hetzner in Deutschland? This reassures me further that it would go to a country that generally promotes and advocates user privacy.

Per the suggestion by @utzer, I could do a direct transfer by SSH, or send a bundle over SFTP - whatever works for you.

I’ll get a message together and put it on the site somewhere. I was thinking I may just put a change in the site template, unless there’s a better place I’m unaware of? (That’s easily possible :D )

I’m thinking I’ll give users until the end of February 2022 to move away, delete account or do nothing (“accept”). Does this work for you?
@utzer ~Friendica~ @Philipp Holzer

I’ll get a message together and put it on the site somewhere. I was thinking I may just put a change in the site template, unless there’s a better place I’m unaware of? (That’s easily possible 😁 )

There is an addon you can use to send an email to all users, I think that would be a good idea to do. Maybe you two can already inform what it will be done and that there is a downtime when it is done.
@Steve Dowe @Philipp Holzer